Excerpt from the Preface for An Eden of Sorts: The Natural History of My Feral Garden 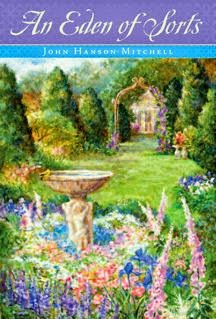 Excerpt from the Preface for An Eden of Sorts: The Natural History of My Feral Garden
The Vicarage Garden

Some years ago I inherited an acre and a half plot of earth in a region of low, rolling hills dotted with extensive forests, a few farms and orchards,  and a developing suburban area to the east, towards the city. This was by no means a spectacular piece of property.  It was originally an apple orchard that stretched from the marshes of a brook to the east, westward over a low hill to a level agricultural area known locally as Scratch Flat, a tract of land that had been in cultivation for over a thousand years, if you include Native American history.   The apple orchard was cut down in the 1920s to make a horse pasture, and after the horses died and the family moved West, the property had grown up to white pines.

On the west side of the hill, beyond the forest,  there were two working farms, and just across the road to the east there was another farm, this one abandoned and characterized by a series of overgrown pastures that dropped down to the slow,  north-running stream with a  wide floodplain of cattail marshes.

The pine forest was a dark, foreboding place...read more in my book, An Eden of Sorts.
Posted by John Hanson Mitchell at 12:25 PM No comments: